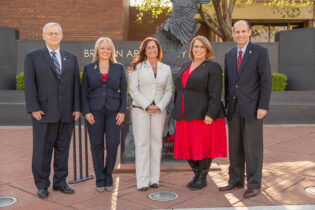 “Curbside recycling, bike trails, and thriving community events are just a few reasons Broken Arrow has the quality of life to attract a strong workforce and make it a great place for any business to call home.”

“Small business is the heart of our community. Our city works hard to support and promote the local businesses that fuel our economy. BA is buzzing with activity.”

“Broken Arrow is a thriving business community. We pride ourselves on working with business and industry.”

“Our citizens value quality of life and strongly support Broken Arrow’s growth and development as exemplified by the overwhelming passage of our 2018 bond package totaling $210 million.”

"Broken Arrow has been recognized as one of the safest, happiest, and best places to live and retire! We have great schools and a low cost of living, which make way for a successful business community. These are just a few of the reasons businesses big and small choose to make Broken Arrow their home." 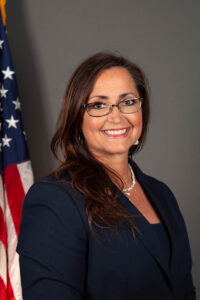 Mayor Debra Wimpee was elected on April 21, 2021. Mayor Wimpee was a Main Street retail store owner in the Rose District for four years. She believes that experience was instrumental in getting plugged into the Broken Arrow community even further.

Since then, Wimpee has been busy organizing community events such as: ShamRock the Rose; Red, White & Brew; Cinco De La Rosa; Street Eats on Main; BA Buzz Pop Up Shops and Summer Solstice to name a few, bringing over 60,000 people to the downtown area. All of these events are fueled by her true passion for creating a strong sense of community, while helping to keep money in Broken Arrow. Having been a small business owner, Wimpee knows how important it is to have someone help promote small business and aid in bringing customers to their doorsteps. She loves being able to create awareness of what Broken Arrow has to offer.

Currently, Wimpee is the Executive Director of two commercial real estate associations, as well the BA Buzz. In addition, she has also been a Chamber Ambassador for a number of years and a Broken Arrow Rotarian. She loves Broken Arrow and being active in the local community and political world.

Watch for a welcome message from Mayor Wimpee soon.